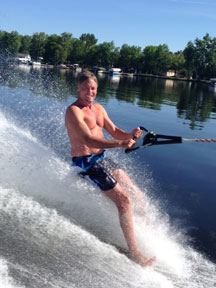 Dr. Brad Smart, 69, of Wadsworth, Illinois, a former U.S. and World Masters Springboard Diving gold medalist, has been active his whole life. That is, until an old diving injury recently caught up with him. He began to notice that the range of motion in his elbow had diminished which was taking a toll on his favorite pastimes: golf, tennis, skiing and diving.

The injury occurred years ago when he was a high school student and dove into the community pool, hurting his right arm. Luckily, he didnt break any bones, but, over time, he continued to feel a 'grinding' sensation in his elbow. Eventually, Dr. Smart wasn't able to shrug off the irritation and limited range of motion anymore. Finishing a golf swing was too painful. Using his tennis backhand was too exhausting and the pain upon impact when diving into the water was intolerable.

After researching doctors and learning about the reputation of Dr. Mark Cohen, a surgeon at the Midwest Orthopaedics at Rush, Hand, Wrist & Elbow Institute in Chicago, Illinois, Dr. Smart sought treatment from Dr. Cohen. After a careful examination, he was diagnosed with elbow arthritis.

"Dr. Cohen was straightforward and very realistic about what could and could not be accomplished in surgery," explains Dr. Smart. Dr. Cohen told him that surgery would not guarantee a full range of motion but that he would experience improvement. Dr. Smart chose to delay surgery and continued playing the sports he loved.

Now, eight months after surgery, Dr. Smart has increased his range of motion significantly and comfortably participates in his favorite sports. He also stretches three times a day. "Without the pain, it is a lot more fun to be active in sports," he says. "And, I'm playing better!"

Dr. Smart had been leaning toward abandoning golf, tennis, skiing and diving. He credits Dr. Cohen's surgical skills with being fully active in all four sports today. He even plans to compete in the U.S. and World Masters Springboard Diving championships in 2014. 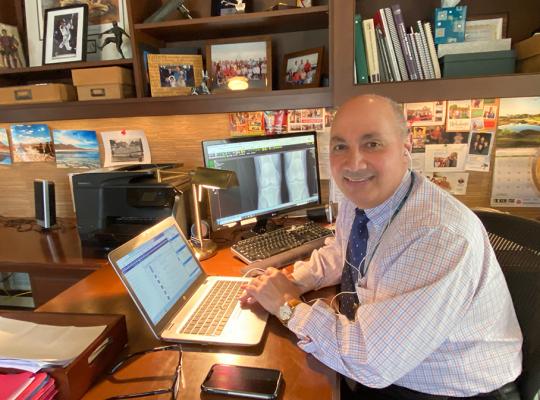 While patients and caregivers navigate the delivery of healthcare during the COVID19 crisis, telemedicine has proven to be consistently effective in treating orthopedic conditions.