While playing in a football game in the fall of 2017, Fieldcrest High School athlete Micah Hurd tore his anterior cruciate ligament (ACL) and lateral collateral ligament (LCL), two ligaments that cross the front and back of the knee joint respectively. Dr. Brian Cole, of Midwest Orthopaedics at Rush,(MOR) performed surgery on the 17-year-old to replace the torn ligaments with harvested grafts. As a football player and track and field athlete, Hurd anticipated a long road to recovery, and was prepared to never regain his full performance ability. However, he was back on the track by spring, and even set a few personal records.

Hurd was thrilled, but it didn’t last long. Soon after Hurd’s senior year football season began, he re-injured the same knee mid-game. He says, “The game was very wet and muddy, and I was running the football when I heard a click. I watched my leg snap backward and sideways. In my head, I kept thinking to myself, ‘it's starting all over again.’ I prayed that somehow it was just an awkward landing. As I tried to stand, the worst pain I've ever felt shot through my leg into my foot.”

Rushed to the Emergency Room 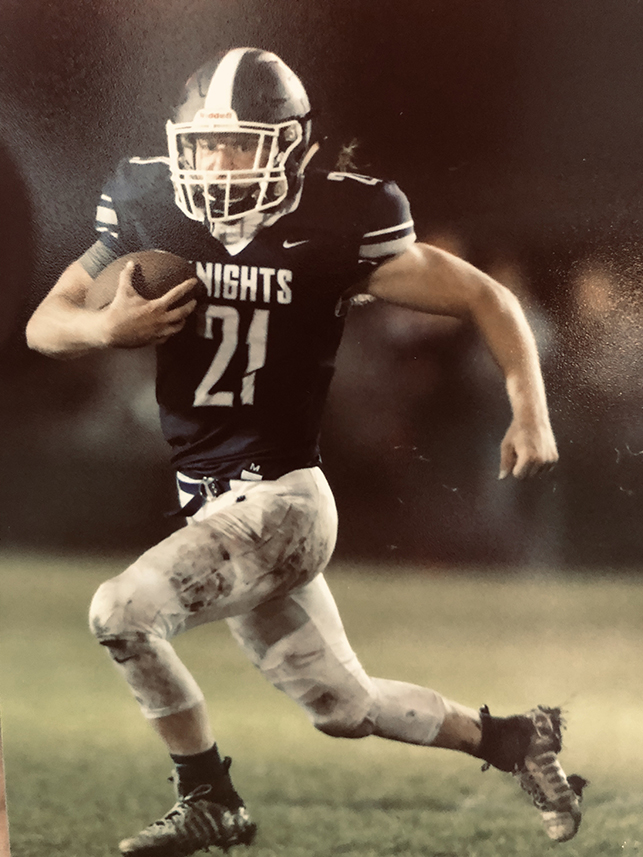 Hurd was rushed to the emergency room and expected to have surgery that night, but due to the bleeding and swelling, it was postponed. A CT scan was ordered to make sure he hadn’t torn an artery. Hurd was told that if the damage was too severe and the window for repair had closed, he was in danger of losing his leg.

After further testing, it was determined that his leg was salvageable, but his knee was severely damaged. He tore his LCL and ACL, broke his fibula head, and severely sprained the two other ligaments in his knee, his medial collateral ligament (MCL) and posterior cruciate ligament (PCL). Once again, Hurd and his family turned to Dr. Cole for help.

Following his second surgery, Hurd participated in extensive physical therapy at a local training performance center near his home in Bloomington, IL and scheduled regular surgical follow ups with Dr. Cole. Just four months post-surgery, Hurd is already jumping and running stronger than before, and just recently ran 18 mph on the curve treadmill. He still has some weakness in his lower body, as identified by a Functional Sports Assessment (FSA) performed by his physical therapists and trainers, but his progress so far has been remarkable.

Back at Full Strength

Hurd says, “The best feeling probably was unlocking my brace to 90° and being able to drive again. It seems like a small thing to think about, but the feeling of going anywhere you want without a brace or crutch holding you back was amazing.”

“I am so thankful for the fantastic work Dr. Cole has done over the past two years. I can't say enough about how lucky I am. After each of my injuries, Dr. Cole fixed and rebuilt my knee even stronger.”

Hurd is incredibly grateful to the doctors, nurses, physical therapists and trainers who helped him over the past two years. He says that his experience has sparked an interest in injury recovery and a passion for helping others. In fact, Hurd plans to major in exercise science at Olivet Nazarene University where he was awarded a scholarship to join the Track and Field team.