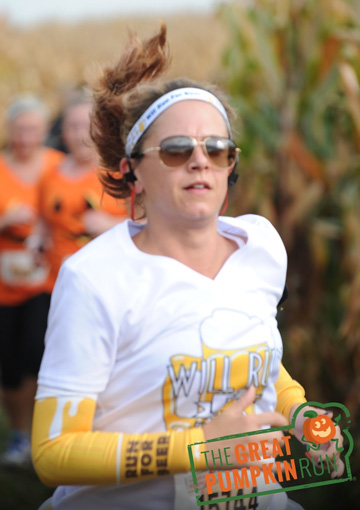 Christina Koukos, 40, of Lombard, has had a lifetime of knee pain. As a high school cheerleader and member of the track team, her knees underwent a lot of wear and tear, eroding the cartilage in her knee joints. Then, during a motorcycle accident at age 35, she landed on her kneecaps which made matters much worse.

Over the years, Christina tried many procedures to alleviate her pain and the 'sound of Rice Krispies popping' in her knees. She had several arthroscopic knee scopes in addition to a lateral release procedure to realign her kneecap. She also had an osteotomy in both knees during which a surgeon cut and reshaped the bones connected to her knee joints.

After rehabbing from these treatments, she experienced some relief but her pain always came back. Eventually, she began to develop a limp.

"I didn't know if I would walk normally again, much less ever run," she explains.

Searching for a more permanent solution, she found Dr. Nikhil Verma, a sports medicine surgeon at Midwest Orthopaedics at Rush and Director, Division of Sports Medicine at Rush University Medical Center. When they met, she explained that at her relatively young age, she wasn't ready for a double knee replacement. He understood and talked with her about the Autologous Chondrocyte Implantation (ACI) procedure, for which he felt she was a candidate.

He explained that ACI is a procedure used to treat articular cartilage defects of the knee, like hers. Approved by the Food and Drug Administration, it is a two-stage operation, with the first one performed arthroscopically in less than 30 minutes. During that time, the surgeon harvests a small piece of cartilage from the knee which would then be sent to a laboratory where it is cultured and grown to create a larger volume of cells. After about six to eight weeks, it is sent back for implantation into the damaged knee.

During the second stage, the cultured cells are re-implanted into the damaged area within the joint so that new cartilage can grow. 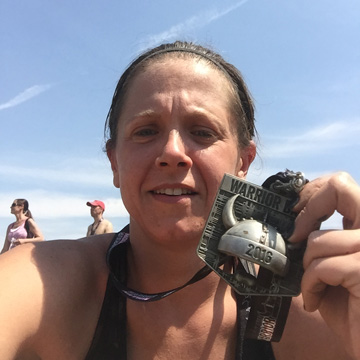 Dr. Verma explained that this procedure is recommended for younger patients who want to return to pain-free walking, stair climbing and cycling. It is not designed to return patients to high level sports competition, such as long distance running or to treat patients with "bone on bone" osteoarthritis.

Christina agreed to the ACI on her left knee, spent time recovering, and then two years later she underwent the procedure in her right knee.

"I would do it again in a heartbeat," she explains. "Thanks to Dr. Verma and the ACI, I am now in the best shape of my life."

Today, she is running 5Ks, participating in mud obstacle courses and recently did a half 'Hustle up the Hancock.' Her goal next year is to do the full hustle.