Suffering a concussion at 30,000 feet in the air

You might be surprised to know that a full 30% of concussions nationwide are not sports-related. Instead, this type of concussion is caused by an accidental impact at work or home. Concussions are a mild form of traumatic brain injury which are very common outside of organized sports and affect people of all ages. And, some concussions are not quickly resolved.

Meet Marcela Monaco, 56, of Elmhurst who recently suffered a concussion while working as a flight attendant.

“In 34 years of flying, I hadn’t seen sudden turbulence like that,” Monaco explains. “I went airborne and hit my head on the metal door at the back of the plane. When I came down, I hit it again on the jump seat in front of me. I landed in a mess of soda cans, water bottles, and ice.”

Shortly thereafter, she began to experience strange symptoms: headache, neck and shoulder pain, blurred vision in one eye and ringing in her ear.

Dr. Pieroth spent time listening to Monaco describe her symptoms and performed in-office evaluations to identify the source of Monaco’s issues and determine the best treatment plan.  During an examination of her eye movement, she noticed that Monaco’s left eye wasn’t tracking with the right. She suspected this was a result of a concussion and recommended vestibular physical therapy to treat it.

“I have seen a physical therapist several times and am feeling much better,” Monaco explains. “I am going to see a specialist to address blurriness I still have in one eye. But, I’m very grateful to have had someone help me get to the bottom of my issues.”

Mary Rowan, 53, of Naperville, is another example of a non-traditional sports concussion that proved even more difficult to resolve. While performing an advanced yoga move after a long certification training session, Rowan’s arm gave out and she fell onto one side of her head. She sustained a goose egg right away and then more concerning side effects appeared, including dizziness, nausea, sleeplessness, impaired vision and speech difficulties. She couldn’t drive, had a hard time eating and found walking very difficult.

She sought a variety of treatments from different specialists. She tried vision therapy which didn’t help her poor eye tracking. She tried expensive ‘brain glasses’ which initially helped her speech deficits, but then she regressed, still struggling to retrieve words when speaking.

After a year of seeking help, she consulted with Dr. Pieroth via live video chat who Rowan describes as ‘a breath of fresh air.’  “She really listened to me and I liked her ‘whole person’ approach to my care,” Rowan says. “I was ready to give up, but she told me I was going to get better.”

Dr. Pieroth, who describes herself as a concussion care gatekeeper, arranged for Rowan to see a vestibular therapy specialist to address many of her issues related to her comprised ocular condition.  She also recommended a psychologist to address her trauma related to living with concussion symptoms for a long time.

“Before, I couldn’t even organize my thoughts and activities,” says Rowan. “Now, I am back to yoga, driving and my normal activity level.  It’s a relief to be back to who I am.”

If you would like to make an appointment with Dr. Elizabeth Pieroth to discuss your concussion or suspected concussion, call 877-MD-BONES or click here. 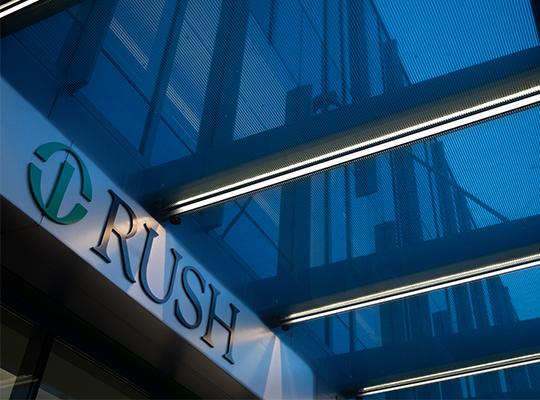 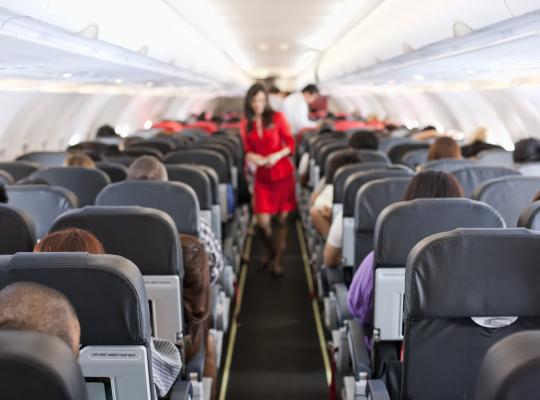 Suffering a concussion at 30,000 feet in the air

Meet Marcela Monaco, 56, of Elmhurst, who recently suffered a concussion while working as a flight attendant. 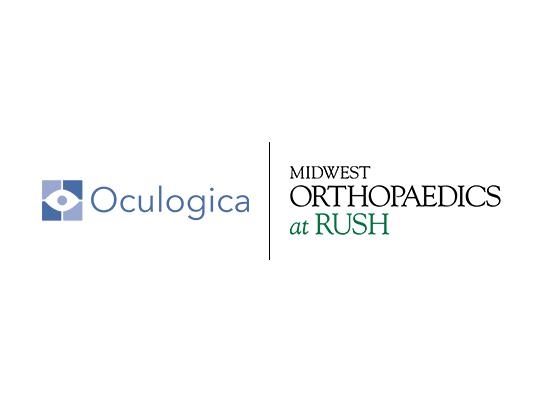 Midwest Orthopaedics at Rush (MOR) is the first in Illinois to offer a new eye-tracking technology.