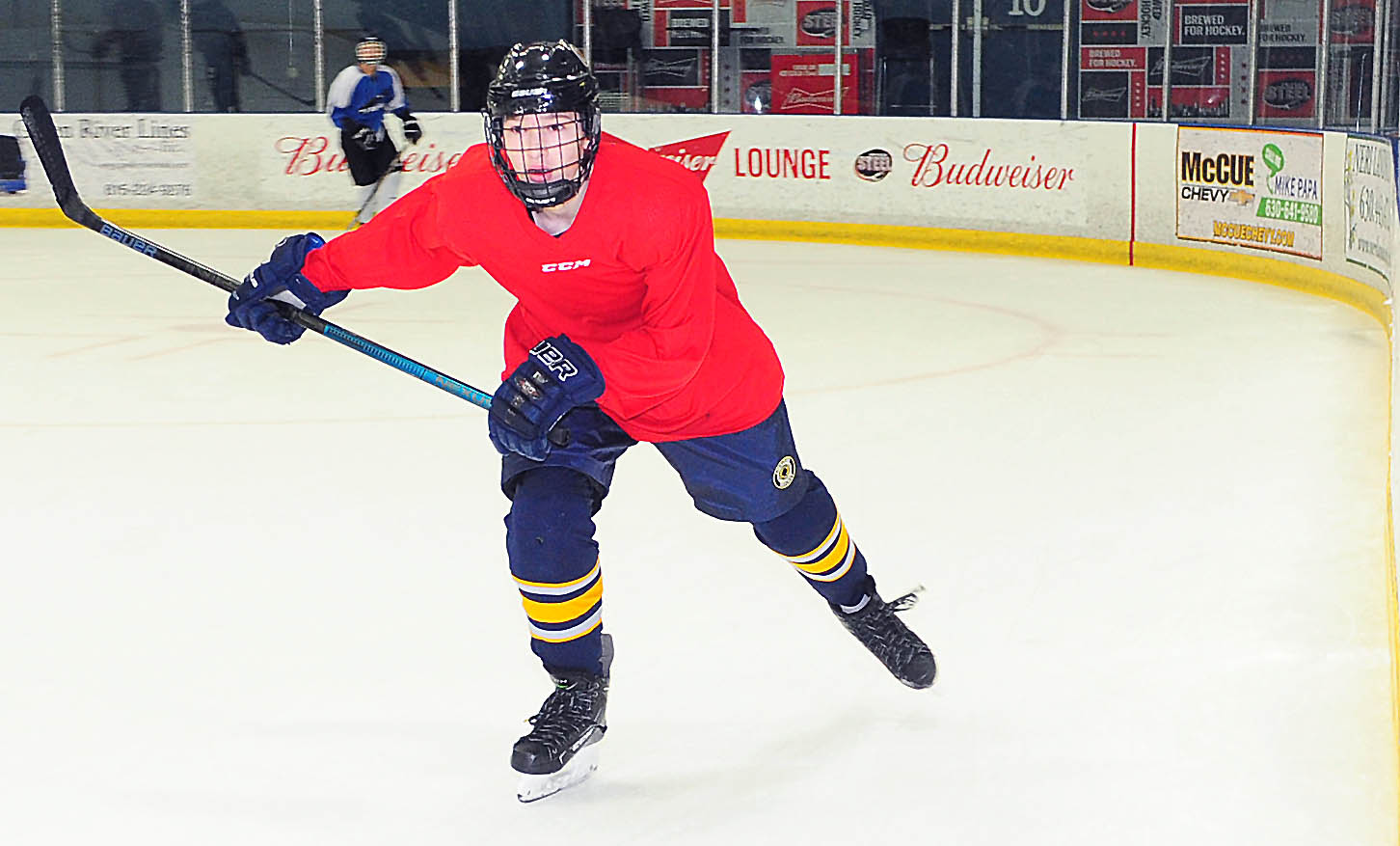 Aurora resident Tyler Wipff, 15, has been playing competitive hockey since the age of five. He tried many sports as a kid but being on the ice with a stick in his hand just felt right. Today, he plays defense for the Geneva Cyclones U15 AA team.

Feeling healthy and confident on the ice just came naturally to Tyler Wipff. That is, until he received a blow during a game which he and his parents thought would be a season-ender.

“A kid was coming at me hard and I tried to avoid the hit,” Tyler Wipff explains. “He came full speed and hit my outstretched arm. It kind of collapsed and immediately I lost all feeling in it.” Wendi Wipff, Tyler’s only parent in the stands that day, tried to remain calm as her son was helped off the ice and into the locker room.

“You try to not get emotional and stay calm for him,” said Wendi Wipff. “It was hard not having my husband there, but as a mom you just be strong for him and wait.” Tyler Wipff knew right away it was broken.

“My coach asked me if I just needed to sit on the bench and I was like ‘no,’ this arm is broken,” said Tyler Wipff. “The trainer and a teammate’s mom wrapped it in gauze, but there was a massive, swelling bump where it was broken.”

Tyler Wipff was taken by paramedics to a local hospital where it was determined that his humerus (the long bone at the top of the arm) was broken. X-rays showed that the bone was completely broken into three pieces.

The family followed up with a local orthopedic surgeon who recommended a cast but warned that it would be months before knowing when Tyler Wipff would be able to play hockey again. Seeking the best solution possible for their son, the Wipffs sought a second opinion and were referred by a relative to Dr. Charles Bush-Joseph, a well-known sports medicine surgeon at Midwest Orthopaedics at Rush (MOR).

Bush-Joseph saw Tyler Wipff right away, but felt that surgery might be needed, so he asked colleague Dr. Xavier Simcock, an upper extremity surgeon, to provide his opinion.

“We were at the Oak Brook office and Dr. Simcock, who had already left the office, turned around and came back to see Tyler within the hour,” said Wendi Wipff. “He was awesome - it was just so great that he did that for us.”

During the evaluation, Simcock laid out two different options for treatment:  Tyler Wipff could choose to have surgery with an expectation of being back to full contact in about twelve weeks, or he could opt for the non-surgical approach and hope for natural healing, which included the possibility of needing surgery during that process if the proper healing didn’t take place. Eager to return to hockey safely, Tyler Wipff elected to have surgery.

“The trick to helping patients return to the activities they love is to help them restore their own anatomy,” explained Dr. Xavier Simcock, upper extremity specialist, Midwest Orthopaedics at Rush. “By reconstructing Tyler’s humerus fracture and stabilizing it with a plate and screws, we were able to help him return to the ice in under two months which exceeded even his own expectations.”

Within days of surgery, Tyler Wipff started physical therapy to increase his range of motion.

“I gained 45 degrees after two sessions and the physical therapist was amazed. He said I was about three weeks ahead of schedule.”

Just six weeks after surgery, Tyler Wipff went for a follow up with Simcock and was thrilled to learn that he was ready to go back to hockey (with limited contact for the first few weeks).

“We were floored,” Wendi Wipff said. “We just couldn’t believe how quickly the healing happened.”

And what a return it was. His first game back was during a Christmas tournament and his team won the championship. Today, he’s back to playing with no fear - just like before the injury.

“I don’t even think about it when I play,” said Tyler Wipff. “I don’t feel the plate in my arm or have any pain. It’s like the break never even happened.”

To discuss your upper extremity injury or condition, schedule an appointment with Dr. Xavier Simcock at 877-MD-BONES or visit www.rushorho.com. He has office hours at the MOR Naperville, Westchester and Oak Brook, IL locations.