Ultramarathoner on the Right Path Thanks to MOR Physician 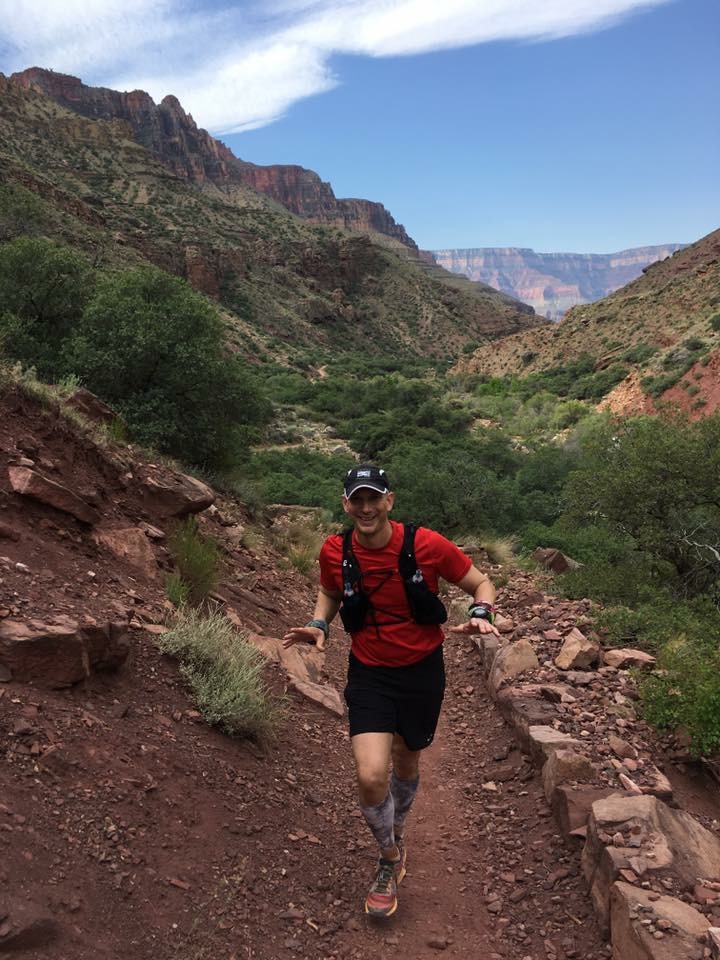 Jerry Cropsey, who recently relocated from Chicago to Colorado, completed his first Ironman triathlon ten years ago at age 40. He went on to complete two more Ironman races and eventually used a running coach to help him get into top shape. The coach suggested they train on a wooded trail where Cropsey quickly fell in love with long distance running.

He eventually joined a group that trains for ultramarathons (a foot race longer than a traditional 26.2-mile marathon).

"I participated in my first ultramarathon and hated every minute of it," Cropsey says, "But, two days later I signed up for another race."

Since then, he has completed five additional ultramarathons and has run 50 miles through the Grand Canyon in what’s known as Rim to Rim to Rim. Unlike the multisport challenge of a triathlon, Cropsey says he appreciates the simplistic goal of running from point A to point B. And, in addition to enjoying the physical benefits associated with long distance running, including cardiovascular health, Cropsey enjoyed the supportive culture of team training.

Last year, Cropsey began to develop a strange pain behind his right shoulder blade while running. Having suffered several orthopedic injuries over the years, including two broken ankles, a hip labral tear and three ACL tears, he was sure the source of his pain was musculoskeletal. A similar pain the year prior improved with soft-tissue treatments. This time, however, despite several visits to his physical therapist, a masseuse, and after undergoing other treatments, nothing helped.

“Jerry saw a variety of doctors, including a chiropractor and spine physician, before coming to my office,” explains Dr. Alland. “After examining him carefully and listening to the details of his story, I was convinced he wasn’t an orthopedic patient and urgently referred him to a cardiologist.”

Crospey willingly took Dr. Alland’s advice and visited Dr. Kousik Krishnan, a cardiologist at Rush University Medical Center. Dr. Krishnan suggested he undergo a stress test, which involves running on a treadmill. During the stress test, his pain began almost immediately. After another test called an angiogram, Dr. Krishnan diagnosed the cause of Cropsey’s shoulder pain as three clogged arteries in his heart.

“I was nervous throughout the cardiac exams,” Cropsey says. “I’m an ultramarathon athlete. I’m young. I take care of myself. I just couldn’t believe it.”

After surgery, Cropsey began cardiac therapy but was worried his ultramarathon days might be over. However, while doing research, he discovered Ironheart Connect on Facebook, an online community for athletes dealing with heart disease. In addition to advice and support from his doctors and therapists, he found a lot of information and support. He kept running.

Cropsey gives credit to all of his health care providers, but especially Dr. Alland.