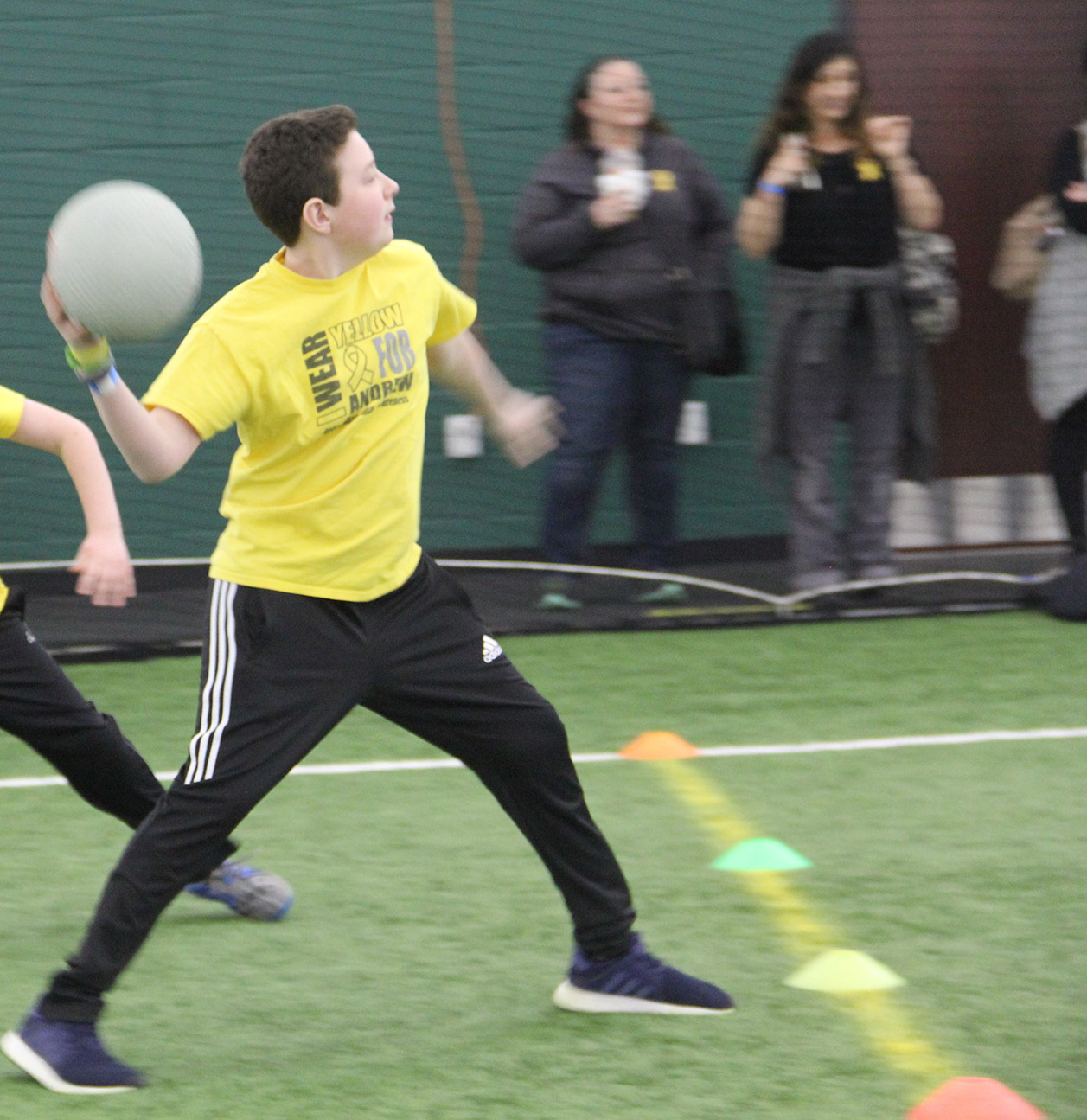 Andrew Bisaga, 14, of St. John, Indiana, has been immersed in playing sports since the age of six. Being pain-free was just something he took for granted.

That is until recently, following a successful soccer season, a pain in his right hip began to bother him.

Andrew’s mother Mary recalls that he described the pain as an alternating “ache” and “throbbing.” When she pressed on his muscle to test for the extent of his pain, thinking it was a simple groin pull, Andrew groaned, “it’s inside.”

The ache was inconsistent, coming and going whether he was active or inactive, which raised questions about the true nature of the injury. “One night he woke up in tears,” Mary explained. “The ache had progressively turned into a sharp pain.”

Shortly thereafter, Andrew went to see a local orthopedic physician and underwent an MRI to help determine the cause of the pain. After reviewing the MRI results, the physician recommended that he have a biopsy to provide more information.

Following the biopsy, Andrew and his family were presented with very scary news: he had cancer in his right proximal femur (hip bone), called osteosarcoma, which is an extremely rare type of cancer. Osteosarcoma is a cancer of bone which is diagnosed in only a couple of thousand people in the U.S. each year, most often in children.  It can grow quickly and cause significant pain and destruction to the bone. It also has the chance of spreading to other places in the body if not treated expediently.

Anxious to find the best doctor and treatment in Chicago, Mary received referrals from friends to take Andrew to the orthopedic oncology group at Midwest Orthopaedics at Rush (MOR). She did further research and all signs pointed to MOR as the busiest center in the Midwest for bone tumor care. She made an appointment immediately to see the orthopedic oncology team, Dr. Alan Blank and Dr. Steven Gitelis.

After a careful exam and review of Andrew’s images, Drs. Blank and Gitelis discussed surgical treatment options with the family.  They explained that after his chemotherapy treatment was completed, the cancer would need to me removed. Considering that surgery would remove a portion of his hip, the surgical team discussed a few options to reconstruct the bone which would allow Andrew to walk again.

One option was a procedure called “compressive osseointegration" – a technique in which Dr. Blank specializes. During this procedure, a small amount of bone is used as compression between the metal prosthetic and the bone to make the junction stronger over time.

Andrew was very involved in the treatment plan and carefully considered the risks and benefits of each option.  Together with his family, he chose to undergo the compressive osseointegration procedure since this meant he would likely never need to repeat the surgery down the road.

During surgery, Drs. Blank and Gitelis removed the cancer and then Dr. Blank put in an implant and repaired the surrounding muscles and tissue.

“Every time he came into the room, he sat down on a stool, so he would be at Andrew’s level and talked directly to him. He was very personable and included Andrew in the whole conversation. He even gave us his cell phone number in case of an emergency.”

After surgery, Andrew had strict guidelines to prevent complications. He wore a brace for six weeks and couldn’t rotate his hips or turn his leg in or out. He used crutches and was only able to put part of his weight on his leg for a couple of months. Shortly thereafter, Andrew was thrilled to receive a cancer-free diagnosis and he then began bearing weight on his leg.

Today, Andrew is fully recovered, back to many favorite activities and has enjoyed exploring his other passions, such as refereeing soccer for younger kids and joining the school robotics team. He has pursued his love for swimming and the Make A Wish Foundation and a local pool company recently arranged for an inground pool to be built in his backyard. This fall, Andrew will start high school and hopes to join the golf team.

“He has more confidence in his abilities,” Mary explains proudly. “This experience has left him feeling much more independent. “Looking back,” she says, “we wouldn’t go anywhere else for his surgery. Dr. Blank was gentle, kind, and waited until all our questions were answered and we felt comfortable. We were always the ones ending the visit.”

To schedule an appointment with Dr. Alan Blank, call 877-MD-BONES or click here. 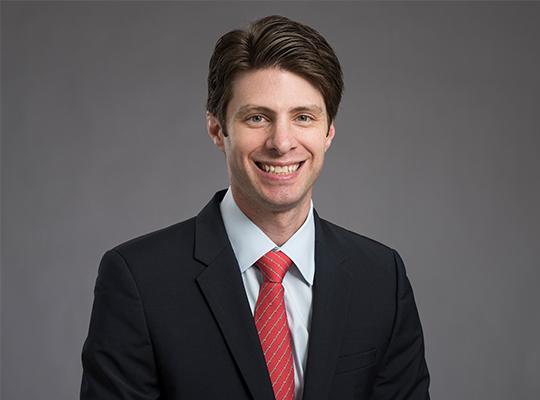