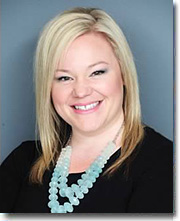 Kristyn Taylor is the facility manager and treating physical therapist at Midwest Orthopedics at Rush, Westchester. Kristyn received her B.S. in both biology and psychology at Northern Illinois University and then pursued her physical therapy degree. She attended the University of Miami in Florida, where she received her Doctorate of Physical Therapy in 2012. Kristyn graduated Magna Cum Lade and during her time at UM, she assisted research in spinal cord injury at the Miami Project to Cure Paralysis as well as worked with high-level athletes in an NFL combine. Following her research, she participated in poster presentation at the APTA Combined Sections Meeting as well as a publication in the Journal of Neurologic Physical Therapy. She has since received her Certification of Manual Therapy, Graston Technique Certification, and Functional Movement Screen Certification. She is one of 20 individuals named an ACL 3P Champion performing screens and video analysis for athletes.

Kristyn has office hours at the following location: