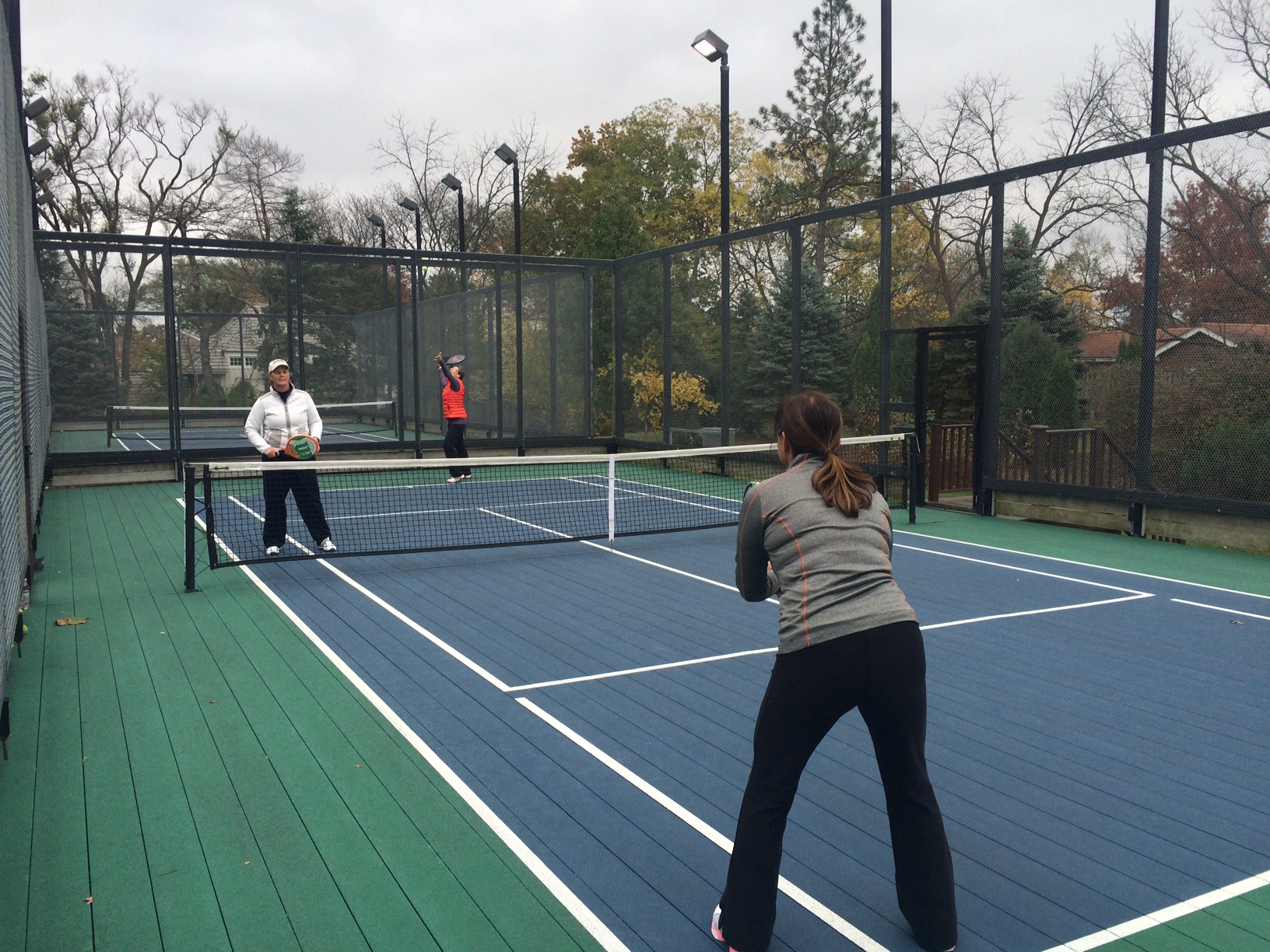 The first-ever national study of platform (paddle) tennis injuries revealed 66 percent of paddle tennis players say they sustained an injury from playing the game. The study also found that of the platform tennis players reporting an injury, more than half sustained two or more.

The most common conditions reported were injuries to the shin/calf (21%), knee (16%), elbow (16%), ankle (13%) and shoulder (10%). Sixty percent of the injuries were caused by overuse and 40 percent were due to an incident that occurred during play. The study, which involved an online survey of American Platform Tennis Association players nationwide, was coordinated by Dr. Leda Ghannad, a sports medicine physician at Midwest Orthopaedics at Rush, with approval from the internal review board at Rush University Medical Center. More than 1,000 players responded to the survey.

“We knew it was a high-injury sport based on the number of paddle patients we treat,” admits Dr. Ghannad. “But until now, there wasn’t any research that proved this. Paddle tennis requires a mixture of speed, agility and quick bursts of energy, which makes athletes more susceptible to getting hurt. Many players are also middle-aged ‘weekend warriors’ who don’t strengthen or stretch their muscles and ligaments in between games or practices.”

Paddle tennis is similar to tennis but is played outside in the winter on a small, elevated court surrounded by a screen. Courts are heated from underneath to clear snow and ice. Most participants are between the ages of 40 and 65.

“Platform tennis is a great way to get exercise in the winter and I don’t want to discourage anyone from playing it,” explains Dr. Ghannad. “However, because of the high injury rate, it is critical to incorporate warm up exercises and prevention strategies into your routine.”

If you suffer an injury from platform tennis, call the MOR platform injury appointment line:  855-603-4141.