From Pain to Spain After Ankle Replacement

An architect for 50 years, Mike Chelgren, 74, had placed a visit to the world-famous Sagrada Familia cathedral in Barcelona, Spain on his bucket list. But years of ankle pain nearly kept him from realizing his dream of visiting this architectural treasure.

“My whole life, I’ve spent much of my time on my feet, either walking around construction sites or working out,” explains Chelgren of West Rogers Park.  “I just took walking without pain for granted.”

In his 30’s, Chelgren’s journey with ankle pain began. He broke his right ankle after falling off a ladder at home and subsequently underwent surgery to repair it. The surgeon warned Chelgren that as he aged, he would probably develop arthritis in that ankle which could make it stiff and painful. “That seemed so far away at the time, I didn’t worry about it,” Chelgren says.

Then, several years later, he broke the same ankle after stepping into a deep pothole in a parking lot. This time, no surgery, but he was casted and instructed to not bear any weight on it. Since then, Chelgren has lost count of how many times he has sprained the same ankle, weakening it each time.

Over the years, pain and a reduced ability to walk comfortably grew. He took up biking instead of running. He got used to walking at a slower pace and developed what his wife called a ‘hockey stick walk.’ He could hear a clicking noise in his left ankle. Finally, after a trip to Florida during which he couldn’t walk on the sandy beaches, he knew it was time to do something. 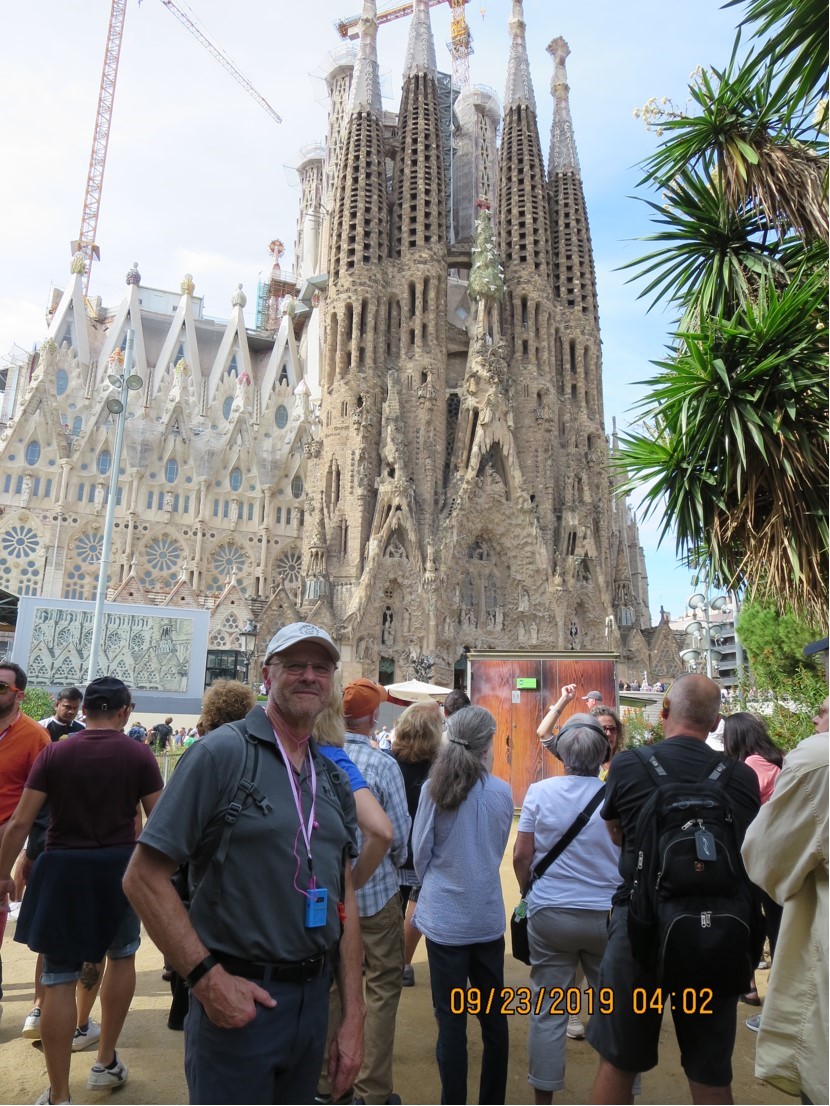 Although all of his doctors were at another Chicago teaching hospital, his research showed that Midwest Orthopaedics at Rush was the place to go for the best orthopedic care in Chicago. He found foot and ankle surgeon Dr. Johnny Lin and trusted him right away. “Everyone from the valet attendant to the doctor and his staff put me at ease,” Chelgren says.

After Dr. Lin ordered imaging which showed Chelgren was experiencing end-stage severe arthritis, Dr. Lin explained that his options were to either fuse or replace his ankle.  Although both options relieve ankle pain, they have distinct differences.  Ankle fusion, once completed, does not require monitoring as it never wears out.  However, it causes diminished motion resulting in potential difficulty on uneven ground, stairs, and loss of normal gait.  Ankle replacement allows a more normal gait and the ability to negotiate different walking terrains more naturally but requires lifelong monitoring to assure it is still operating correctly. Given Chelgren’s desire to remain more active and travel to places where the ground is not always perfectly flat, he chose ankle joint replacement to provide him with the lifestyle he wanted.

After the surgery, both Dr. Lin and Chelgren declared the surgery a success.  Four weeks later he began a strict physical therapy regimen to optimize his results. “I was really committed to the physical therapy to be sure that I had normal movement again,” he explains.

About that bucket list trip to the Sagrada Familia? Exactly one-year post-surgery, he and his wife traveled to Barcelona and walked all over the city. Today, he walks at least 10,000 steps a day pain-free and uses his Fitbit to keep him on track.

If you would like to schedule an appointment with Dr. Johnny Lin to discuss your foot and/or ankle pain, call 877-MD-BONES or visit www.rushortho.com.