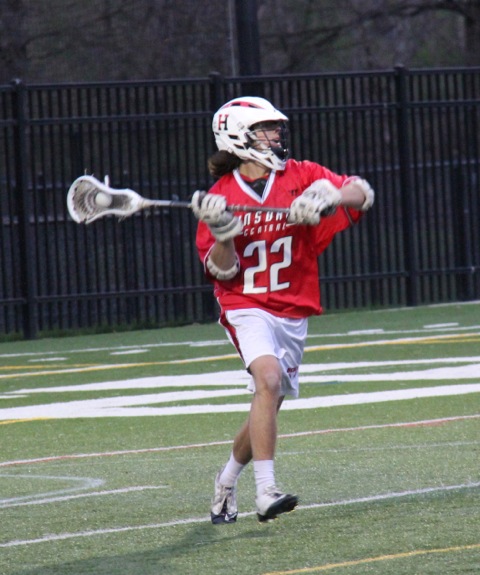 Jack Buczkowski, 20, of Hinsdale, IL, is a student at Tulane University studying finance and English. A hockey player most of his life, he adopted lacrosse at age 12, and then long distance biking in high school. Sports has always been at the core of who he is.

Earlier this year when Jack was playing pick-up football, a friend tackled him and their shoulders collided. He heard a distinct pop and knew something was wrong immediately. His mind went right to his upcoming annual summer bike tour and the construction job he had lined up for the summer. With these plans, the last thing he wanted was an injury.

So, for a while, Jack simply disregarded the ensuing pain. He even carried through with a 733-mile bike tour from Savannah, GA, to New Orleans, raising money for his non-profit reCycle Tiny Homes. The trip took eight days and a serious toll on his shoulder.

Jack’s shoulder grew stiff and immobile, making it harder to do everyday tasks like opening doors and typing. When he finally saw a doctor in New Orleans, nearly two months after the injury, an MRI showed a 200-degree tear in his labrum. Jack had been hurt playing sports before, including a meniscus tear back in high school, and learned that untreated injuries just lead to more severe problems later.

“Subconsciously, I ignored the pain so I could keep doing my trips,” he admits. “The idea of sitting on the couch and not being able to do anything was scary for me.”

Jack’s New Orleans doctor agreed that he should be home for the surgery and recovery period. When Jack mentioned Dr. Charles Bush-Joseph to him, the doctor recognized the name and highly recommended him. Jack knew that the right doctor was close to home.

“Dr. Bush-Joseph is the name around Hinsdale,” he explains. “I had friends who had surgery from him before, and he was the first name I thought of. When I met him, he gave me a really good idea of what the process would be like and made it a lot less scary.” Mid-summer, Jack underwent labral tear repair. The surgery went smoothly and he left the hospital the same day wearing a sling that would only need for two and a half weeks.

“Dr. Bush-Joseph was so calm and confident,” Jack says. “It instilled in me that same confidence that this will be okay. Although I may be on the couch for a while, it’ll be worth it. I never had a doubt or lack of confidence about the surgery.”

Although it will be several more months before Jack gets back on the lacrosse field, he is just happy to resume normal activities, like tackling his extensive book list. He plans to stay involved with lacrosse in the fall by helping coach and serving as treasurer on his team’s executive board. He is also using the extra down time to study, prepare for school and engage in his love of English.

“I’m just as much of a writer as an athlete, and I was really itching to get back to the computer and start writing again. In a sling, I couldn’t type or even flip the page of a book. The things I really wanted to do – read and write – I can do those things again. Then once lacrosse season comes around in the spring, I’ll be ready.”

If you are interested in discussing your shoulder pain with Dr. Charles Bush-Joseph, call 877-MD-BONES.